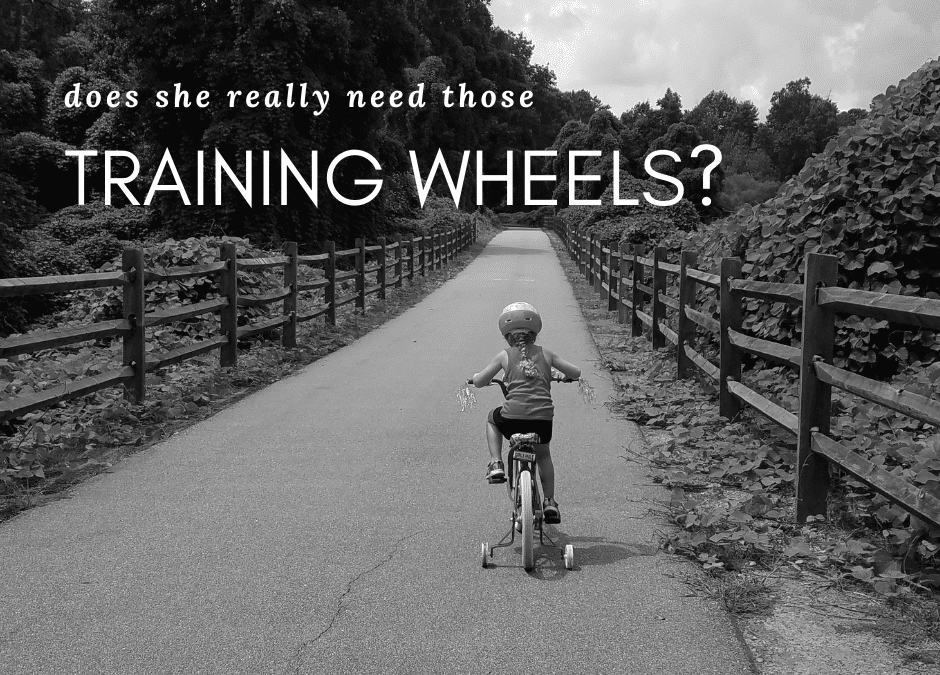 What does it mean to have a limiting belief?

Some people think it’s something grooved so deeply that it’s “just the way it is” and that you have no conscious thought about it and it’s driving the bus.

Here’s A Story About Limiting Beliefs…

Dad was a Philly cop and he would be around during the day when he worked 2nd  or 3rd shift. That’s when we would practice my 2-wheel riding. He would take off the training wheels and hold me up by the back of the seat until I got momentum, then let go. As soon as I knew he let go, I’d go down. We did this over and over. Eventually, he put the training wheels back on, defeated… I would go off riding my bike.

We lived in Penny Pack Woods. I think there were 300 houses on 20 cul-de-sacs, each backing up to an open space with grass and paths that snaked all around. That’s where I loved to ride my bike. We had moved about a year before from Center City, where we lived in a 1-bedroom second-floor walk-up on 21st Street in Fairmount, just a block away from the Eastern State Penitentiary. Forever after to be called “the old neighborhood”. There was no bike riding for me there. Now I had the freedom to ride and ride, so long as those training wheels were in place.

Fast forward to the fateful day when once again Dad was re-attaching my training wheels after another unsuccessful attempt at getting me to ride without them. Off I went riding along the paths secure in the knowledge that my safety net – training wheels were in place. At a point some distance from home I realized the training wheels had fallen off.

Dad knew I could ride the bike without them even if I couldn’t see it. So, he attached them very loosely. As I cruised along with the breeze in my hair and daydreams in my little head, they fell off, never to be seen again. Well, at least I never saw them again.  Not sure if Dad went back to find them. There was no denying it. I could ride without the training wheels because I was doing it.

I recommend asking yourself:

Dad knew I could do it and he also knew I had to discover it for myself. He set me up for success.

Watch This Short Video Of My Granddaughter On Her Bike!